The fourth album by essence was produced in a grassroots way, her first album funded solely on the support of her fans on Kickstarter. ?A Dog Named Moo? is a collection of heartfelt songs as a gift of love for her son Rhys, who has been enjoying these lighthearted, humorous tunes his mom?s been singing to him since he was born. 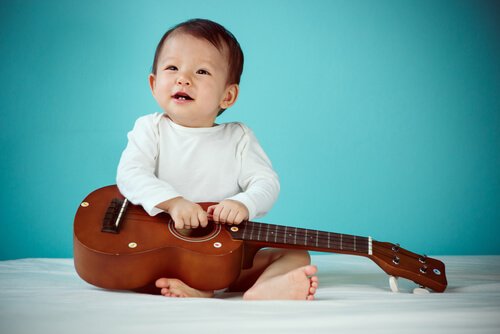 ?I never set out to make a kid?s record,? essence explains. ?It was the furthest thing from my mind but when I had my son Rhys ? I needed to find creative ways to engage him in everyday events like taking baths, getting dressed, or wearing a seat belt. For awhile I was making up little ditties and then one day it dawned on me that these were real songs that other kids would enjoy too. At first I was horrified because I wanted to make rock ?n? roll music, but what I realized is that I am a songwriter who writes about life and becoming a mom has been the most profound experience ? it has changed me forever. I find great satisfaction in capturing the joy I was experiencing with my son in songs. Then everything became a song!?

essence proved that making a popular album does not require a record label or a huge outlay of her own money. Through Kickstarter she reached out to her community asking if they would help fund her project. With the support of her friends and fans she was able to raise twenty thousand dollars allowing this project to be realized. Most songs were co-written by Jeffrey Pease with illustrations by Alex Conn. The banjo, ukulele, guitars, upright bass and drums were played by instrumental extraordinaire and producer, Daniel Berkman. essence credits her management consultant Dick Wingate (Bruce Springsteen, Aimee Mann, Elvis Costello) and her ultimate inspiration, her son.

About essence: Billboard Magazine describes essence as ?a singer, who, like Madonna, isn?t afraid to take musical chances.? A sixth generation San Francisco native, her parents were quintessential flower children from Haight-Ashbury, hence her name spelled with a lowercase e. She traveled extensively, lived in Africa and Europe and went to 14 schools before fifth grade. Upon graduating from college, essence signed to a division of MCA Records. In 1998, she won The National Lilith Fair Talent Search (5,000 entries). essence was then signed to RCA records for three years and worked with producer Bill Bottrell (Michael Jackson, Sheryl Crow). With producer Garth May, she completed her critically acclaimed ?Mariposa? record. Subsequently she signed with Or Music (Los Lonely Boys, Matisyahu) out of Manhattan. essence produced ?Feels Like The Future? independently in 2009 which lead to winning the grand prize for the Great American Song Contest (15,000 entries), and second place in the International Song Writing Contest (2010). The title track was prominently featured on ?Access Hollywood,? and several songs played live and recorded on the nationally syndicated ?Art of the Song? (240 NPR affiliated stations).