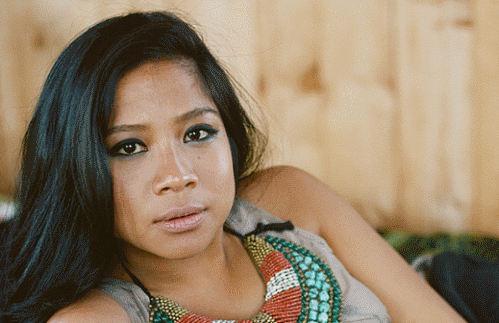 Born on December 15, 1985, Zee Avi is a Malaysian guitarist, visual artist, singer-songwriter, and famous ukulele player. Originally from the beautiful island of Borneo, she and her family moved to Kuala Lumpur when she was age 12; at 17, she taught herself how to play guitar.

Avi spent time playing rhythm guitar with a couple of different bands before heading to London’s American InterContinental University for studies in fashion design; when she returned to Malaysia, she started to write her own songs.

Today, Zee Avi lives in the United States. Her self-titled debut album was released in 2009, and her second album, Ghostbird, was released in 2011. Avi became even more successful after two songs from the album were featured in season 5 of Gossip Girl. She released another album, Nightlight, featuring nine cover tracks for children.

Zee Avi has won a number of awards including Best Original Film Song at Taipei’s 53rd Golden Horse Film Festival and Awards for her song Arena Cahaya, a theme song for Malaysia’s popular film Ola Bola. Listen to her music, which covers a vast number of genres, and you’ll fall in love.