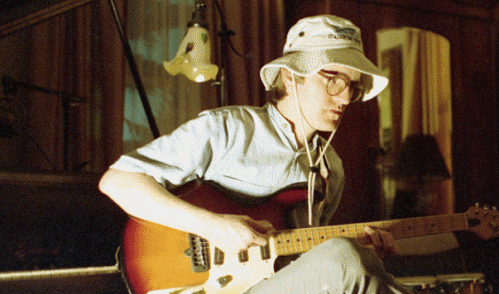 Born in Jackson Mississippi, Dent May started his musical career while attending Jackson Prep before moving on to NYU Film School and Ole Miss, where he focused on Southern Studies and English while taking inspiration from the music of Lee Hazlewood and Serge Gainsbourg.

Before striking out on his own, he was a member of Mississippi’s famous power pop group, The Rockwells, and he co-founded Cats Purring, which is a self-described “North Mississippi infotainment cult” as well as the owner/operator of the Cats Purring Dude Ranch in Oxford, Mississippi.

Dent May is based in Los Angeles, California today, and is associated with a wide range of musical styles including synthpop, psychedelic pop, new wave, and indie rock. Give a listen for a completely new take on the ukulele!